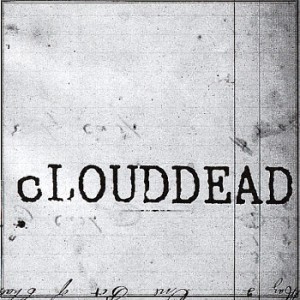 I discovered Anticon records in 2005, When Main-ro lent me the “Anticon Sampler: 1999-2004”. Doseone Flow and Voice leaves his mark on me. Then I listen to “Hemisphere”, his first album and then cLOUDDEAD.

It’s difficult to describe this music, kind of experimental hiphop with aerial sounds and much revebs. cLOUDDEAD is Dose one and  Why? vocals, Odd NosDam for production.

my favorite song is Rifle Eyes, with very fast flows and slow and aerial at the same time. The echoes between the two MCs are interesting because of their differents voices and easily identifiables.

Dead Dogs Two is in the same vein with an interesting break at 2:02, with just vocals and beat.

Pop Song is slow and enchanting, rocked with round and slow basses.

I just kept three songs, but I listen to the whole album usually as one song.