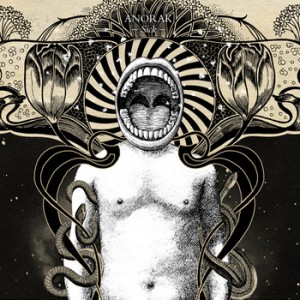 New album for Anorak and what a hit !

The artwork is really beautiful (still made by Mamzelle Mamath).

Cover With Mud is my favorite song as for its riffs, as for its rhythmic session, as for the sound aesthetic. That song is kind of a compilation of their best ideas over the years.

Then come the Wood Philosophy, à la Converge and its terrific Finale.

I love the part at 1:35 in The Mirror Building which reminds me of Nile sometimes.

I really love the guitar/bass harmonies at 2:32 in Guru.

First Anorak’s album and the level is really high.

You can’t help but being amazed by  first, the quality of the artwork (much better printed than on a computer screen)

Second : the amazing sound : The band has now a real production, which flatters the “wall of sound” that the band offers us live. You can see that with my favorite song Kids Of God (from the second Ep) with now a massive sound and its crazy Finale.

The taping riffs at 1:55 in Legs Feel Heavy are classy and the part at 3:49 is well done (reminds me of The Number Twelve Looks Like You).

Little Sweep is the last song : the top of the pyramid. 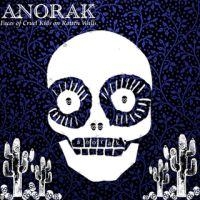 Second Anorak’s Demo : a hardcore’n’roll quatuor from Amiens. We played several time with them with my band H.O.Z.

I remember being really impressed by the intense blast beats, the changing guitar’s riffs, the powerful vocals and the massive bass sound.

From the six songs of that Ep, I’ll only remember of Kids Of God which I’ll review only the second version on “My Own Haze” with a much better production.

I still love Cruel Love too, its intro is terrific and that is a kill live.

Let’s start the story of Anorak.