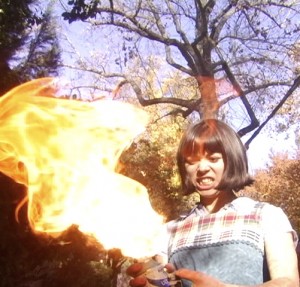 Zach Hill is so amazing as drummer than it’s not useful to explain who he is.
I love all his other side-projects Hella, sBachs and Bygones.

Here is his second solo album, that I love much than his first one (I maybe listen to it too fast.

I didn’t find his songs on the internet in streaming, so I put his two videoclips with poor sound quality, just to have an idea of it.

“Face Tat” is not only focused on his drum play, like in his previous releases. There is now a really  interesting work on the vocals and synthesizers, better controlled than ever.

After a succesful first song Memo to the Man, comes the best song of this album, in my point of view, The Primitives Talks and probably the most easy to listen to.

There is too some originals Lofi songs like The Sacto Smile or Jakers.
The instrumental Face Tat is really groovy in its à la Zach Hill’s rythms.

The final song, Second Life, is a featuring with Devendra Banhart which remember me his earlier works with Hella.

With many many albums Zach Hill still fascinates me !