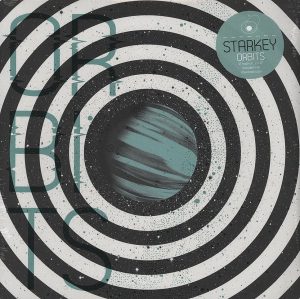 On Discogs, Starkey is described as a dubstep artist in his previous album, and dubstep is not really my thing.

What interests me a lot in that double LP is his grime side (like the main theme of G V Star Part 2 Huge !) or his songs with synthesizers layering. These songs are much more interesting than Command : dubstep ’til you puke.

One of the best song he did on that record with synthesizers layers is Renegade Ship. I think that this idea of speeding up the tempo of the synth arpeggio with the ride is terrific.

Another cool grime song is lzr but all along the song I’m waiting for a MC and some good flow that never comes. I should send him something haha.

Great build-up at 1:49 in And Then God Built The Cosmos… after a frustrating introduction.

One last song to go and destroy your appartment : The Shuttle at 1:01 or Dystopia (should have been that song instead of Harlem Shake).