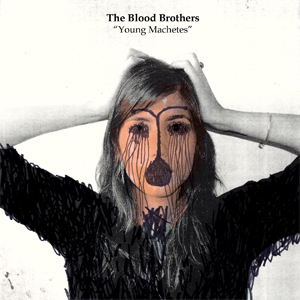 That album reminds me of a gig we did with my band H.O.Z. in France, in La Creuse, and in between the bands, the “DJ” played Nausea Shreds Yr Head. That song remained in my mind for a while and I had to listen to their discography to find the name of that amazing song.

“Young Machetes” is their last album 🙁 and I regret that I never saw them live. From their videos you can see how terrific their presence was : (here in Set The Fire To The Face Of Fire) : http://www.youtube.com/watch?v=pA9ruPqj930

Finally Giant Swan is an impressive vocale performance and I love the break at 3:09, very powerful.

Rat Rider got a weird drum riff and I’m amazed to see how they set the guitar and bass part over a so complex rhythm.

The break at 0:25 in Johnny Ripper is genius.

I just precise that the artwork is really cool. 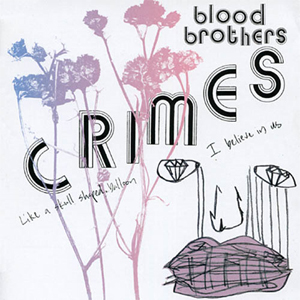 This is one of the lightest album by The Blood Brothers.

Live At The Apocalypse Cabaret with its piano intro is one of my favorites songs. The vocals here reminds me of their side project Neon Blonde : it’s beautiful.

Love Rymes With Hideous Car Wreck is one of the single in that record, it’s well built but a little bit too soft for me.

The part at 0:52 in Beautiful Horses is spathic.

Globally the production in this album is supressed. 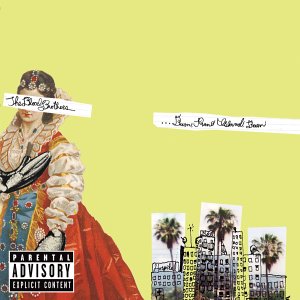 I discover the band with that album and this videoclip for Ambulance Vs. Ambulance: http://www.youtube.com/watch?v=gmdMNVyupMQ

Fucking’ Greatest Hits is the perfect intro for this huge sound’s album produced by Ross Robinson.

Burn , Piano Island, Burn is really wild, as for the vocals as for the guitar parts.

The bass effect at the beginning of Cecilia And The Silhouette Saloon is genius.
The part at 0:56 in Six Nightmares At The Pinball Masquerade is very powerful : a standard.
It’s really interesting that the band plays a music very agressive and at the same time, rock’n’roll and accessible in a way, if you can deal with their vocals (for a NITHM : Non-Initiated-To-Hardcore-Music ha ha)
This album is well done, there is no songs to throw in the trash.
A-Must-Have-Or-You-Don’t-Have-It. 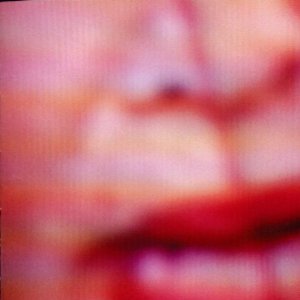 Second album for The Blood Brothers and released on…31G, All the best come from the same place 😉

The Blood Brothers is a hardcore band from Seattle, and one of the few who released on a major (Virgin). Some DIY fans won’t like it, but I think even after signing with V2, they kept their crazy singing and wildness.

The Blood Brothers is too the amazing voice of Johnny Whitney who is able to jump from a clean voice to high pitched screams with maestro.

It’s really surprising that they found the recipes of their sound and success in their early records. Birth Skin / Death Leather could have been on a later record for example.

The pingpong game in between their vocals parts in Siamese Gun is genius.

Kiss The Octopus is another example of how they rock complex rhythmics.