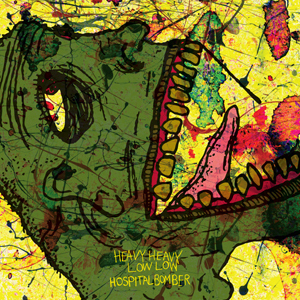 Last Ep by HHLL, still in the good hands of Sam, the band keep going in the “Turtle Nipple And The Toxic Shock” direction : more punk, noise and experimental.

The part at 0:44 in Customary Impurity is genius.

The vocals at 0:50 in We Incompetent Sperm are really surprizing and impressive.

I only regret one thing : that Ep is too short.

Turtle Nipple And The Toxic Shock 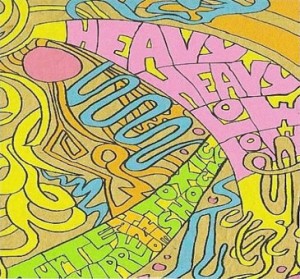 Robert Smith already proved that he was  a grand hardcore singer, but now he reaches a higher level (Giant Mantis vs TURT Nip).

It’s hard to describe this album song by song, because this album is really coherent, each song contain the elements of HHLL’s success : heavy mosh parts, rock’n’roll (H.D.EYE Hybrid Cyborg) and scary vocals.

Sam Pura did a great job,  in bringing them far from their early metal sound to a much more punk and noise sound. That’s great.

There is many guitar effects, well done and non-repetitive. 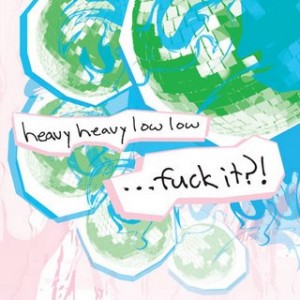 Production made by Sam Pura. Classy.

I don’t say that only because he mixed my album “Loud Noise Making” with H.O.Z. haha.

Have a look too that great videoclip : Inhalent Abuse: http://www.youtube.com/watch?v=-U8uTmxDTxQ

In that same rock’n’roll vein you’ll like Tell Shannon Her Crafts Are Ready.

Pizza Party and Tragic Tragic Track Jacket are many proofs that HHLL are the kings of the heavy mosh parts.

I discovered that band with this album.

I remember that it was a real slap compared to all the other metalcore band at that time. These guys are gone haha.

First thing amazing : their terrific vocals : real screaming performance, either in the articulation or in their flow (i love the first 50 seconds of Party Girl)

At 1:00 in Eating The Porridge And Killing The Bears, It’s the end of the world, and it’s well done.