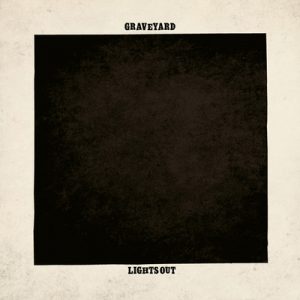 Third album by graveyard and you’ll find great songs with the same recipe that in their previous records.

The album starts with a weird song that I started to love after a couple listening : An Industry Of Murder, mainly because of that minor riff on the guitar. The singing is absolutely perfect as usual, with impressive high parts.

You’ll find another impressive vocal performance in the chorus and Finale of Fool In The End.

When The Suits, The Law And The Uniforms really starts at 1:24, it is awesome !

I love the chorus and the guitar’s sound in Endless Night, here is the videoclip : http://www.youtube.com/watch?v=6HmMy2ubC7E

Here is the 7″ for Graveyard’s single Goliath, on “Lights Out”.

The second song Leaving You is cool but it didn’t really move me.

The Artwork is beautiful.

I discover Graveyard with that album.

I saw that cover in Nuclear Blast Magazine and I was amazed by the quality of their artwork.

When I saw their meshuggesque faces I thought “Another à la Meshuggah band !”.

Not at all ! Graveyard sing love, in some way close to Led Zeppelin’s music.

Once again, I’m amazed by the singing in Ain’t Fit To Live Here.

I love a lot the part “When was the last time that you felt alive ?” in Buying Truth (Tack & Förlät).

On that 7″ split, there is a live version of As The Years Pass By, The Hours Bend from their first album.

Antler Wings by Ancestors motivates me to discover that band.

That album is slower and less powerful than the two others and the sound less good (saturations on the vocals…).

I think 3 songs come out of that album.

The album starts with Evil Ways and I love how the tempo vary in that song. I love its Finale as well.

My favorite song on that album is Lost In Confusion with fast tempo, efficient riffs and terrific vocals (huge part at 2:32).

I love too Submarine Blues and the way that the bass and guitar’s riffs are mixing to each other.