This is the late album of Poison The Well and then the band is unfortunately on a hiatus.
There, the band explores more and more the rock sides of their music, and continue in the path of “Versions” and that is not a good news for some of their fan. By my side, I really like it.

I think a single of this album is Antartica Inside Me : a very moving build-up and melodic, live here : http://www.youtube.com/watch?v=qm0e1dK5sHc

“The Tropic Rot” still got is powerful songs with Celebrate The Pyre and Makeshift Clay You. I really like the beautiful ambiances created by Chris Hornbrook in the drum parts.

Without you And Another I’m Nothing and Are You Anywhere are the slowest and very moving too, the musicians are still over the top, and we still got Moreira greatest vocals performance.

A very good album still. (too many still in there haha) 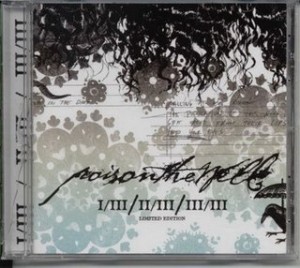 This limited edition CD is a compilation of these three vinyles Ep : “I/III”, “II/III” et “III/III”.

The artwork is awesome and the songs very interesting.

Purple Sabbath is a slow build-up and a success, the riff at 3:28 is genius, it’s one of my favorite song from Poison The Well.

Bowie is great too, Jeffrey is a great singer.

The chorus in A# No.1 and New Fast are huge and remain in head.

Finally it ends with the fast Run Desire Gone Clean.

This Ep is essential. 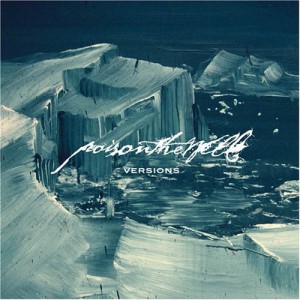 “Versions” is an album I loved to see played live.

We still got a beautiful artwork. About the song, one of the new thing is that “bottleneck touch” which bring new ambiances in Poison The Well like in Letter Thing.

This album is a turning point in Poison The Well Discography, because they explore now the rockest sides of their music and more clean vocals.

My coup de coeur is the furious Naive Monarch.

Nagaina is a single for this album and really captivating, the riff at 2:22 is breathtaking.

Breathing’s For The Bird finale is wonderful at 2:04.

Prematurio Del Baby is a weird song, brutal and contrasted, very interesting and one of the best produced song of this record.

Everything good, as ever.

You Come Before You 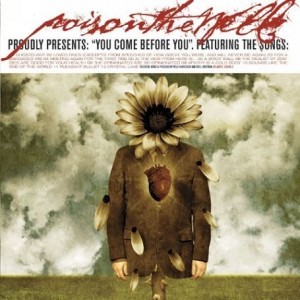 I discovered this album when I was 18 with “You Come Before You” thanks to Dear Sylvain Kulianof, aka Mr. Le Colonel, or the dazzling and radiant jaguar.

This album is essential like Poison The Well themselves, figurehead of the post-hardcore scene.
It’s one of the most melodic and easy to access hardcore band.
Jeffery Moreira is one of the few singer able to rock as well in screaming as in singing, and in live performance too.

Poison The Well is pure energy too : Crystal Lake (http://www.youtube.com/watch?v=W9_PPdtBIPM) or Zombies Are Good For Your Health are killer songs.

Tear From The Red 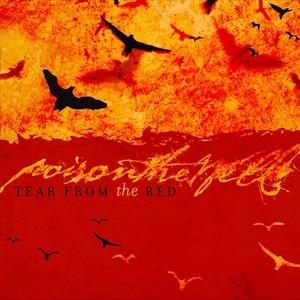 Botchla is the single of this well-designed album : the part at 2:17 is great.

The same for Rings From Corona and its terrific Finale at 2:20, formidable in live.

You could compare this album to “The Opposite Of December” but with a better sound.

Horns And Tails is one of the first song where Jeffrey gives clean vocals, what a beautiful song.

I love too the passage at 0:40 in Sticks And Stones Never Made Sense. It’s really moving and it reminds me of many memories.

Then Lazzaro is one of this song with a Finale you want to sing at the head.

The Opposite Of December 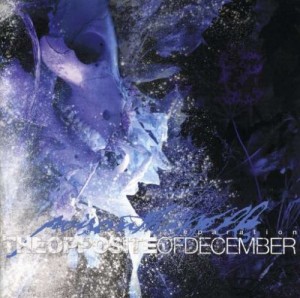 First album for Poison The Well and this one got many of the modern anthems of Hardcore scene. The sound is not perfect, but the melodic parts and the vocals are terrifics and moving.
Jeffrey Moreira arrived for this album in the band and until the end.

Who can help but sing along in Slice Paper Wrists at 1:35 : http://www.youtube.com/watch?v=SRvyBMGnrec or in Artist’s Rendering Me and its “I could / never / swallow your false ideals”

12/23/93, My Mirror No Longer Reflects et Nerdy are very absorbing and catchy with their unforgetable riffs (Nerdy and its tapping part) : http://www.youtube.com/watch?v=hKp3mxmmpes

The whole album is a cornerstone of the Hardcore style. 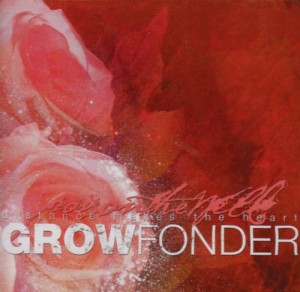 First Ep, and the cover of the re-release, designed by Mister Jacob Bannon, is very beautiful.

This Ep is the last one I bought, so it was a little bit disappointing because of its sound, correct composition but nothing really awesome, and no Moreira’s vocals.

By the way, it’s interesting to listen to it, to get how Poison The Well turned into the great band it is now.

Lost And Silence is one of the song close to what the band will become.