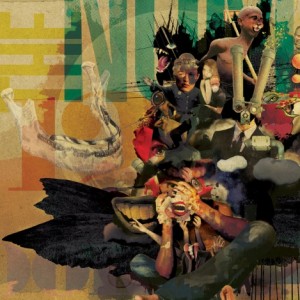 Last Album for the awesome The Number Twelve Looks Like You…

Unfortunately the band had broken up.

That album is, as “Mongrel”, very well produced, more brutal and heavy, you can feel that with the first song Glory Kingdom.

It was difficult to release a new album after the amazing “Mongrel” and first time I listened to “Worse Than Alone” I had mixed feelings.

But with the time I discovered many good songs.

The mosh part at the end of To Catch A Tiger is loud.

Here At The End Of All Thing 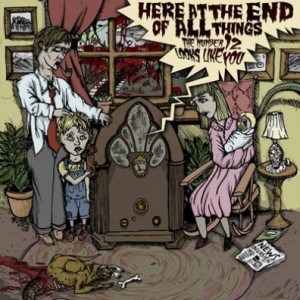 Here is a double live CD and DVD with some bonus remixes.

The live takes place in Hackensack, New Jersey and the footage is great, that’s why I bought “Here At The End Of All Things”

You shouldn’t underestimate what is The Number Twelve Looks Like You live. I saw them in 2009 at the awesome Ieperfest (http://www.ieperfest.com) in belgium and it was a slap in my face : the drummer, guitar player, bass player and singer are monsters and amazingly skilled !

I didn’t really the remixes.

The two songs in my top are unbelievable. 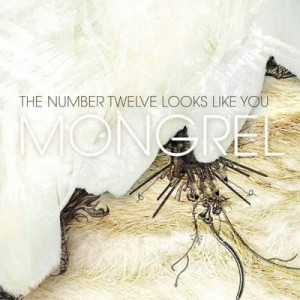 This is clearly a major record.

All their skills, energy and creativity was amazingly optimized and perfectly produced.

Grandfather, as a proof, is the single : Let’s look to their brilliant videoclip here : http://www.youtube.com/watch?v=B2jD-Cnlzwk

That song has a great rhythmic and melodic complexity, with many variations and in a way opened.

Every songs is grand and provide a wide variety of rhythms and riffs (like in All Right I Admit It, It Was A Whore House or Sleeping With The Fishes, See ?).

I really love the part at 1:54 in El Pinata De La Muerte.

The part at 0:30 in Paper Weight Pigs is absolute genius.

Because of this album, The Number Twelve Looks Like You entered in my Top 10. 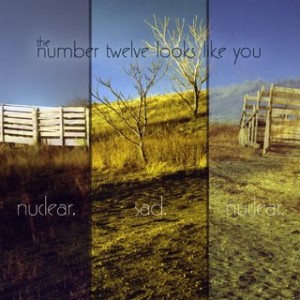 Second album for The Number Twelve Looks Like you with a great artwork.

As I said in the Ep review, I prefer the sound of Jesus And Tori et Clarissa Explains Cuntainment on their Ep more than on this album.

There is many good songs. I like the guitar clean sound touch like in Texas Dolly or The Devil’s Dick Disaster.

There is some death-like songs with many growl vocals like in The Proud Parent’s Convention Held In ER.

I love the part at 1:14 in Operating In A Re-Run Episode.

That album give clues of their future successes. 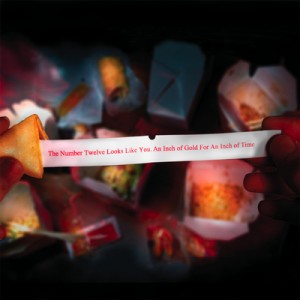 I discovered The Number Twelves Looks Like You through that EP and precisely with the amazing melodic wealth of Jesus And Tori and Clarissa Explains Cuntainment.

That band impressed me much because of their crazy technical skills, it was a very high level at the time of this release, much more than most of the other bands.

They got too a really good composition vibe like in Don’t Get Blood On My Prada Shoes and its mosh part at 0:31.

Please notice the amazing Like A Cat and its dance part at 2:00 here : http://www.youtube.com/watch?v=5edzPI_Po4A

I really love My Sharona and its good soli.

Put On Your Rosy Red Glasses 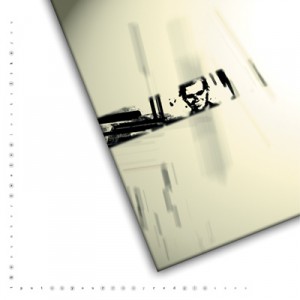 The Number Twelve Looks Like You is an exceptional mathcore band from New Jersey.

All of the members are really skilled with their instruments.

Their songs are elaborate, brutal and opened at the same time.

I just bought that album recently and of course, for a first album, the sound and production is less fine than their late records.

That one is really hardcore and free, it reminds me of See You Next Tuesday or Bobby Bray’s screams (like in Bambi The Hooker And A Case Of Beer)

I love the part at 2:55 in If These Bullets Could Talk.