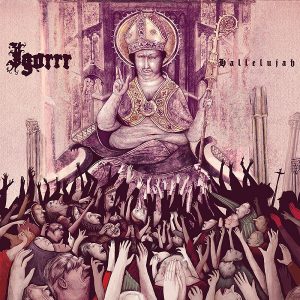 Here is another album by Igorrr and you won’t be disappointed !

The rhythmic patterns in Damaged Wig are absolutely crazy (I love the part at 1:54 and at 2:41).

The ideas on the flamenco song Cicadidae are great.

Intro Perfect in Absolute Psalm and its famous vacuum sample ! I love the part at 2:18 and the accuracy of the vocals with choirs at 2:43.

You’ll find a chicken solo at 2:09 in Vegetable Soup.

I love that shutter effect on the vocals and the part at 2:10 in Scarlatti.

That album is in “Nostril”‘s steps, good job !

You can stream all these songs for free here : http://adnoiseam.bandcamp.com/album/hallelujah

It is a double album with Igorrr’s early releases.

So we are at the beginning bug the good ideas are here already.

I love the mix between drum’n’bass and accordion in Mastication Numérique.

My love goes to the contrabass and breakcore as well in Tartine de Contrebasse, great parts at 1:14 and at 2:42.

Melting Nails is simple but I love the energy in it.

All these songs were on “Poisson Soluble”,

You can stream all these songs for free here : http://adnoiseam.bandcamp.com/album/poisson-soluble-moisissure 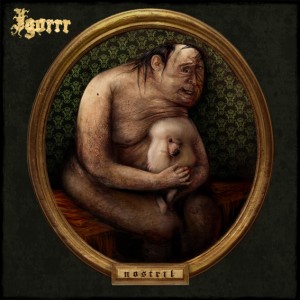 Here is the brand new album by Igorrr “Nostril”.

This album is a real slap : This mix of electro, break beat, classical and grindcore is really original and well produced.

Moldy Eye mays remind you of Bela Bartok’s remix by Venetian Snares and the part at 3:39 is amazing.

Break parts in Tendon are terrific and the finale with sampled vocals very funny.

I love too the shutter break at 1:58 in Excessive Funeral.

Half Pony and Double Monk display a wide variety of samples and soundscapes (mongol throat whistling ?) and interesting.

This album is great.