Latest album for Fear Before The March Of Flames who short their name to Fear Before.

That record is in the prints of “The Always Open Mouth”.

My favorite song on that record is Fear Before Doesn’t Listen To People Who Don’t Like Them : well produced and great, à la Thursday in a way, with great chorus and a riff which remains in mind.

You’ll notice Robert from Heavy Heavy Low Low featuring in Get Your Life Together and a great Finale.

Tycho is one of the rockest and softest song of the album, and a success.

Everything’s Not Shitty‘s riffs are well-done. 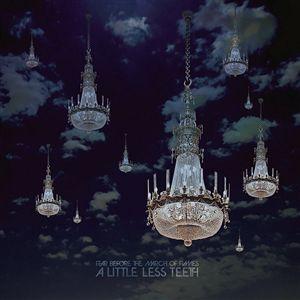 “A Little Less Teeth” is an interesting Ep with live preview of some songs from their future “Fear Before”.

The best live songs are Epic Song and High As Horse.

I choose Mouth too because I really like that song. 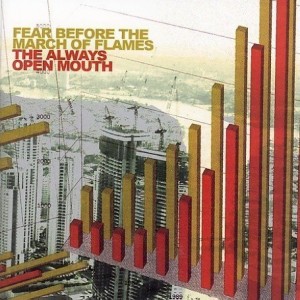 Thirs album for Fear Before The March Of Flames and a great change about their sound.

The band is now more rock and soft than hardcore. Some won’t like it, but you can’t deny that their still have a great sound and their great composer’s skills.

My favortie song here is A Gift For Fiction with its psycho drum riff at the beginning and the part at 1:35 is one of the best of their discography.

Lycanthropy is really catchy too with a monster guitar riff which probably destroy live (I hope I will see them live once).

Mouth is really rock, with great chorus and that song is the one which will stuck to your head all day long.

High As Horse is one of the best production and a great part at 1:48.

You can’t help but notice their great artwork.

“The Always Open Mouth” is a really good album. 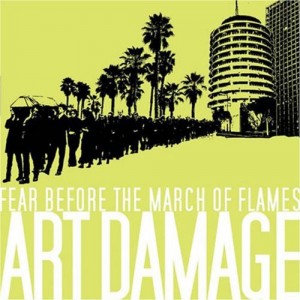 I discovered Fear Before The March Of Flames with the awesome live video of The God Awful Truth and its genius part at 1:14 : http://www.youtube.com/watch?v=CHVHWxc0ZcI

I loved at once the great energy from the band, their great guitar riffs and David and Adam awesome vocals.
In deed, David’s screamed vocals are a reference and a great inspiration for me.

What a power in The Long Road To The Middle and its chorus at 0:30 !

Law Of Averages got great guitar riffs and totally rocks at 1:15.

I love the guitar effects on Whiskey Is Alright In Its Place, But Its Place Is Hell.

Should I’ve Stayed In The Shallow is their rock’n’roll single with a doomed Finale : http://www.youtube.com/watch?v=hmkLQRp8htY

That record is a Ultimate-Must-Have 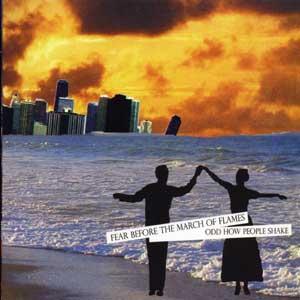 First album for the young and brilliant hardcore band Fear Before The March Of Flames.

I don’t know what to choose as my favorite song in between the great guitar taping riffs in The 20th Century Was Entirely Mine or the heavy power of Given To Dreams (the vocals are genius in that song, one of my favorite kind of screaming).

What a terrific part at 2:11 in Sarah Goldfarb, Where Are Your Manners ?

I really love too the part at 1:20 in Girl’s Got A Face Like Murder.