And here is a second album by Fang Island, without Nick Sadler that time.

What a slap ! All the songs and the singing is precisely performed. The drummer play really complex parts and it seems so easy for him : impressive.

I was amazed by No Spill Blood’s drummer who join Fang Island on stage as a (talented) bassist !

On that album, the production, the effects and the composition is better than on their first one.

I love this octaver-guitar sound which arrives with the wah pedal at the begining of Seek It Out. The pauses in the drum riff really enlight the vocals. Another massive Finale in that song.

Chime Out has amazing sonorities, between this octaver-guitars and the synthesizers at 2:02 or better at 2:53.

The soundscapes at 1:00 in Asunder are terrific and huge part at 4:40.

Sisterly‘s videoclip is fun and the vocal parts remain in head : http://www.youtube.com/watch?v=p442OyxMVxg

Make Me is really cool.

Here is a 7″ with a wonderful song named Patterns On The Wall featuring Andrew WK-The-Magnificient ! You’ll cry for that Finale with a crazy amount of vocal layers.

It is always a pleasure to listen to Sideswiper again and again. 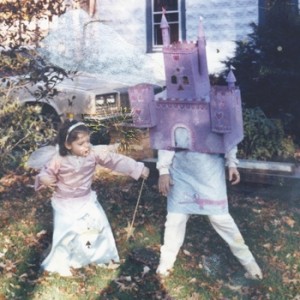 I discovered Fang Island in looking for Daughters’ members’ sideprojects. And Nick Sadler (guitar) plays in that band.

I really enjoyed the Master-of-delays’ touch in that “happy rock” environment, and it works pretty well.

The sum of : rhythmic guitar + solo guitar + keyboard is well balanced in the mix and give us a beautiful rendering.

Another power of Fang Island, it’s choirs : these are often moving and well-done, that’s why I loved Life Coach and The Illinois.

And in Life Coach, bravo to the drummer and his killer-break at 2:17.

Daisy is the album single and works really good, I like the build-up and the speed-up tempo then at 0:30 : well-done.

Finale in Careful Crossers is awesome too.

Great music, I can’t wait to see their future works ! (many “work” in that review, isn’t it ?)

Please notify the funny cover with the castle costume (I need one) and many great videoclips for this album :