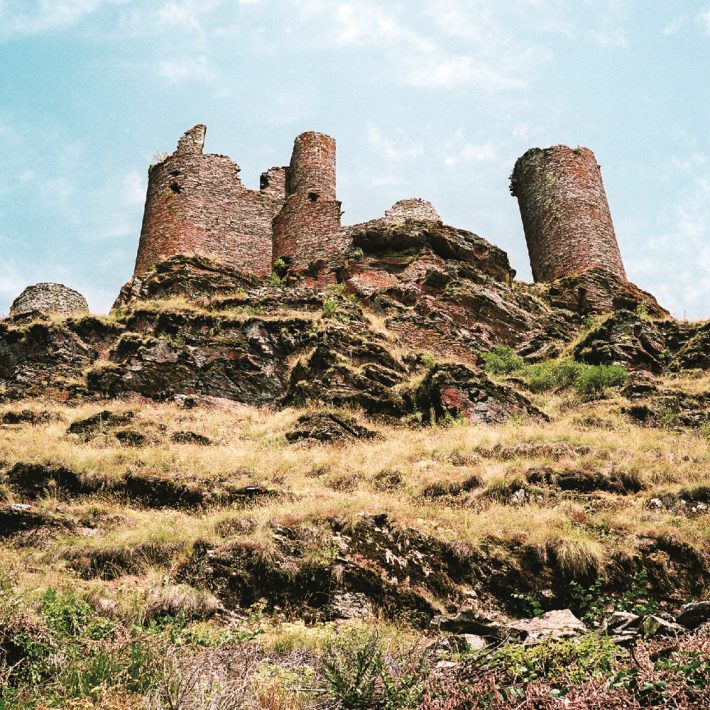 For than third album, the progression rises up a little bit more.

The sound is better and the ideas remain. It seems to me that their universe on barry is between the first and second album.

Automan (I love that song), Giorgio Morricone and Barry’s ambiences are terrific !

As Noisy As Possible is a great success, as for its riffs, the singing, but for its very powerful rhythmic patterns. Amazing build-up at 1:04 and I love the synth that remains right after. I almost forgot that heavy-to-death bass-synth. Marvin are geniuses.

Marvin with vocals (with or without vocoder) : I Like !

Jey Ferson‘s guitar’s riffs are Grand and the drum is really powerful (à la Daughters) Well-done Greg !
The riff at 1:29 makes me think of some Yip-Yip song (I’m a specialist for weird links between bands haha…)

The artwork is beautiful and I love the inside picture of Fred during a police control : a good idea.

The song Copains Cabana is condensed energy with high vocals and screaming guitars (in a good way).

Second album by Marvin and great progression sound-wise and production-wise.

“Hangover The Top” has a strong rock touch compared to the first album.

You will enjoy that new dimension with Roquedur : Terrific vocal performance on the chorus and amazing part at 1:38.

Dirty Tapping is another song with vocals in front and the riffs remain in head.

I love Fear‘s ambiences à la Liars and that synthesizer’s melody which reminds me of Korsakov’s Flight Of The Bumblebee (great idea at 2:27).

I love Moustache 34‘s Finale with its huge guitar parts.

I enjoy a lot the vocoder’s lines and that weird synth at 2:12 in Good Radiations

A very good album, hard to select only 5 songs for my top !

I saw Marvin for the first time in a bar in Dunkerque, named “L’Atelier 12” in 2007 (That bar doesn’t exist anymore).

That guitar/drum/synthesizer/vocoder band, à la Transam, is absolutely stunning, for their live and for their albums as well. A song with all these components is Vocomurder (Amazing live performance by Emilie).

I love Noise Olympique and its efficient guitar’s riffs.

Tornado is a killer at 1:44 with these crazy feedbacks.

There is an amazing Finale in Jardiland at 4:22 and I love the kraftwerkian parts at 0:43.

A terrific album with a lot of energy !