As with each Born Ruffians album, I can’t wait for the release date.

As with every Born Ruffians album, I am never disappointed.

Another terrific record with a terrific production and that in the very first song Needle that you may have seen as a teaser already.

I love the harmonies on Permanent Hesitation.

Ocean’s Deep is in their old songs’ vein.

My favorite song in “Birthmarks” is Cold Pop, a kind of Elvis’ song but in a minor version. The details in production and mix are unsane and the vocal performance unbelievable. Bravo !

Dancing On The Edge Of Our Graves is an amusing song.

The artwork is modern and a success.

Another amazing album. One more.

Rachael and I saw them live in NY @ Bowery Ballroom on the 2nd of October, and their show was a hit. Luke Lalonde is a talented singer with a shy allure, an amazing voice and total control of his music. I remember the power of Plinky Plonky‘s final song.

I appreciate that all the musicians in the band are very good, and that they add a real groove to their songs, even if the songs seem simple the first time around.

This Ep follows the spirit of their last album, “Say it”, with some instruments added including sax and piano, such as in Like when you.
Born Ruffians only produces hits. That’s to say that they create easy-to-remember riffs that are also easy to sing, because there are a lot of onomatopoeias, like in First Date Kid at 1:47 (it was crazy to see the audience doing that live !). The riffs for each song are really different and not boring.

I really like Retard Canard II which was one of my favorites on “Say it”. I think this retake is really interesting due to it’s brand new production, reggae-like style, which is very different from the first version.

The first time I listened too it, I was really surprized by this really simple and refined sound and I didn’t understand why ?

Another mistake : this simplicity is just an illusion.

It let appear the great vocalist skills of Luke (like this great part at 3:32 in Oh Man).

The beginning of Nova Leigh is well composed, as always they offer us really good riffs.

The break at 0:51 in Higher And Higher is great and the choirs at the end were Grand in live.

Finally What To Say is the single in that record, I didn’t like it first, but more I listen to it and more I like this construction and the guitar’s sound.

Another great song is The Ballad Of Moose Bruce : A moving build-up

This Ep is on two 7″ with 3 unreleased songs.

First let’s talk of the single Little Garçon, I love the finale and the vocal performance in that song.

I love Coldness Hot, the guitar riffs are killers and I love how Luke plays with his voice.

As you could guess from its name, Ready For Bed is a calm and nice ballad.

Once again the artwork is amazing.

The unreleased song on that Ep is Knife which is a Grizzly Bear’s cover. It sounds too neutral for me.

The artwork is beautiful.

I love the singing at 1:38 with that organ part. 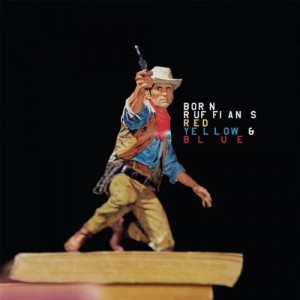 Jako introduced me to this band with that record.

I remember that I didn’t like the music because I listened to it inattentively.

I was wrong and I missed Luke Lalonde’s great skills.

Their intro Red, Yellow And Blue is a good way to enter their universe.

Foxes Mate For Life is my second favorite song from their discography with a terrific build-up at the beginning and this efficient bass riff.

I Need A Life is full of energy and has an awesome part at 3:01. They have a funny videoclip for that song too : http://www.youtube.com/watch?v=L9dP51_WssU

Guitar’s riffs and rhythmics are sick in Kurt Vonnegut : bravo !

This album is my favorite in their discography : All good : A Total-Must-Have.

Piecing It Together (Ep)

You’ll find an unreleased song on that Ep : Raised Huns.

That song is repetitive and the bassline is pretty weird. 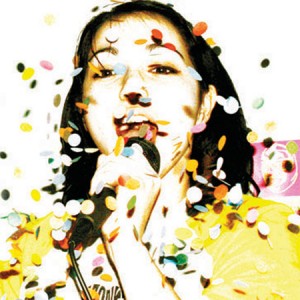 This first Ep for Born ruffians got my favorite song from their discography : This Sentence Will Save/Ruin Your Life. The guitar’s riff added to the bass line rock the future. The vocals are sick and powerful : a total success.

I really love the energy in the guitar play in Piercing It Together.

Hedonistic Me is a song which is on their first album “Red, Yellow & Blue” and it’s one of their songs which remains in mind.

I really love the part at 1:07 in Merry Little Fancy Things.

the drum pattern with the cowbell is well-done in I’m One Of Those Girls.

This Ep is a Must-Have.