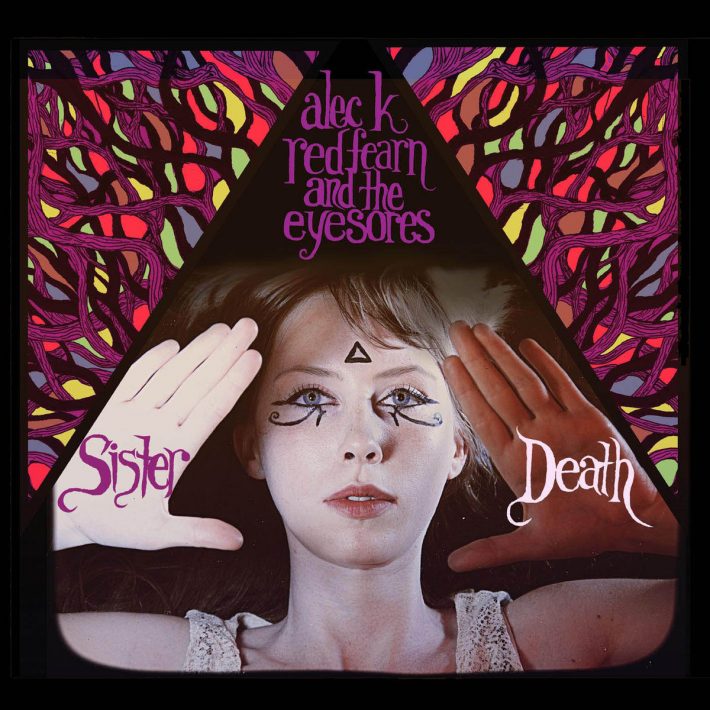 Here is a new album by Alec K. Redfearn.

The work on the choirs and the harmonies in Amplifier Hum is huge.

The mix of male and female vocals works really well in Unawake (And I love when the synthesizers arrives).

You can stream some songs for free here : http://cuneiformrecords.bandcamp.com/album/sister-death

This review is special, because one of the songs from this album inspired me to name this blog Radiator Hymn.

The Radiator Hymn‘s choirs are absolutely weird and fascinating, I love these strings playing together the melody with the vocals.

I love the sound effect produced by the combination of accordion/guitar(bass ?)/Violins/Brasses, which sounds almost unreal, like in Blue on White. The harmonies are beautiful and the composition work is huge.

The Burning Hand reminds me the band “Radikal Satan” (soon to be reviewed).
Again, It’s hard for me to select just 5 songs, because the entire CD is continuous and all the tracks flow perfectly from one to the next.

Rising is a build up with layers of instruments and melodies : very impressive !

“The Blind Spot” is one of my favorite album ever, and I don’t understand why a moving, cinematic and brilliant music as that one is not widely distributed.

You can stream some songs for free here : http://cuneiformrecords.bandcamp.com/album/the-blind-spot

Choreboy And A Blow Torch is a terrific song and a composition masterpiece. Alec K. Redfearn, Eric Paul and Nick Sadler are three musicians who almost motivate me to move in Providence.

I love the drums and rhythmics patterns in Valse II.

Ginger Gin / Flight Of The Sims is one of Alec’s hypnotic’s riff, played faster and faster.

The vocals harmonies in The Way Of All Flesh are so beautiful.

Let’s finish with the experimental song Gutterhelmet Ascending with its looped riffs.

That album is almost instrumental with very few vocals.

My favorite song in that album is The Night It Rained Glass On Union Street and its terrific part at 2:02.

The harmonies between the vocals and the instruments at 2:20 are beautiful in Punjabi / Watery Grave.

The part at 3:08 in Bulgarian Skin Mechanic is great.

I enjoy the composition work in The Bible Lite.

I love the repetition’s effects in Slo-mo, great in the Finale too.

Every Man For Himself & God Against All

“What is this vampire music ?” – Rachael

Maybe that’s the first thought you’ll have about this album.

I discovered Alec K. Redfearn when he played at La Malterie in Lille (unfortunately I missed the gig), but then I listened closely to his discography.

It is a rich orchestra with sad strings, brasses, an accordion with effects, Redfearn’s original vocals and female choirs.

The riffs of his different songs stick in your head and the lyrics are like described paintings.

The instrumental part at 2:22 in Nail / Total Eclipse Of The Head / K-Hole is terrific.

Awesome instrumental part as well at 1:33 in Candy-ass.

Mole makes me think of Radiohead’s Creep but it differs really quick because of the layering used in the composition.

The accordion theme in Black Tar And White Slavery is huge !