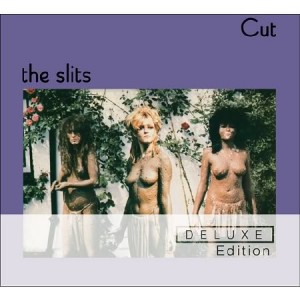 I discovered that band very recently, because 31G’ artists post mix playlist and I listened to Bobby Bray’s one (The Locust Guitar Player) : http://threeoneg.com/2011/01/05/bobby-bray-artist-playlist/

So here is a post/Punk Reggae band  who released this album in 1979 and who opened for The Clash.

What is amazing is Ari Up vocals. She’s german native and this kind of voice reminds me Guts Pie Earshot or Bikini kill.

It’s smart and feminist. There is many good songs like So Tough or Adventures Close To Home.

I love too Ping Pong Affair, the vocals in here are a real performance.

I’m not convinced by the bonus tracks and live from the Deluxe Edition. The remastering is well done by the way, but the live tracks reveals some lacks (compare So Tough studio and live, it’s very surprizing except Ari’s awesome vocals).

A very special album that you need haha !